Sophie and Guillaume a couple in their thirties living on Antibes contacted me because they wanted me not only to be the photographer of their wedding but also to make them their own engagement photo shoot.

Location of the engagement photo shoot

For the place it was all found: living on Antibes, they wanted pictures of the seaside.
On the other hand, they didn’t want to take too much time for couple photos on their wedding day and instead take their time during the engagement photo shoot.
That’s why they were able to wear their wedding outfits during this photo shoot.

The Cap d’Antibes is known for its luxurious villas and its Cape Town hotel but also for its coastal trail as it is one of the most beautiful on the French Riviera because it takes you around it and allows you to have a completely unobstructed view of the Mediterranean Sea.

So we made an appointment directly at their house and set off on the trail with their own car.

So we decided to access the trail through the entrance south of Cape Town and I started taking pictures just before i accessing it in order to have natural photos.

So we took advantage of the stone-cut structure (an ancient watch may be) to get a view above that of the trail:

Part Two: Only in the World but Happy

Then, a hundred meters away is another structure but this time in concrete and round and flat shape allowing lovers to be able to place themselves and pose in front of the stunning view of the sea. I was able to make pictures “cocoon” as I call them ie pictures of lovers who look at each other and where you can feel all the love they feel for each other.

And since I love to joke and that was also the case of the two lovebirds, I took the opportunity to make some fun pictures:

On this path of the Cap d’Antibes, there is a part where there is a set of umbrella pines so I told them that it would be great to be able to integrate them into the photo shoot because it would bring a more poetic touch with the symbolism of the tree.

And of course as I get to know them and they like to laugh, well I make them do funny little poses:

With these views of rocks there was still missing pictures of beach, and yes because there are some beaches in Antibes! So we went to the beach of the Garoupe to make the last pictures of the engagement photo shoot:

End of the engagement photo shoot

Come on, health and long life to the bride and groom! 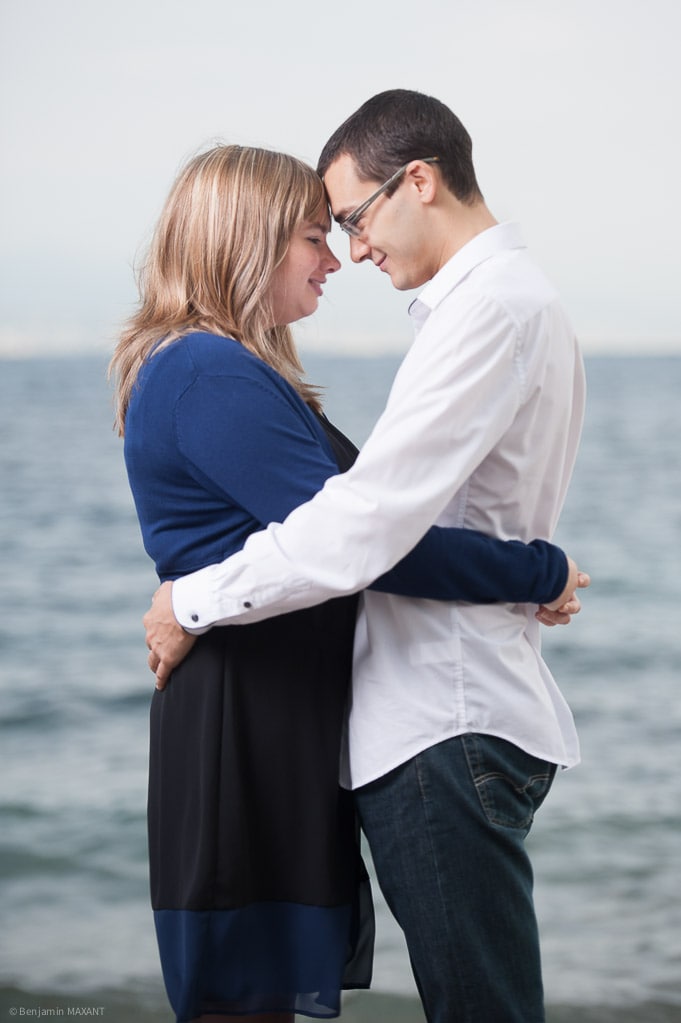 Couple photo shoot with Magali and Marc in Antibes

Magali and Marc, two young lovebirds from Antibes, contacted me to do a couple photo shoot to mark a milestone...
Read More

Engagement photo shoot with Sophie and Guillaume in Antibes

Sophie and Guillaume a couple in their thirties living on Antibes contacted me because they wanted me not only to...
Read More

Want to do a engagement photo shoot?