Eva and Thomas, two young lovers who lives in Paris, decided to celebrate their love and make their wedding in the South of France at Château Sainte Roseline located in the Var and asked me to be their Wedding Photographer.

They chose me for their wedding

The choice of their wedding photographer was obvious to them because the year before, at the wedding of one of their couple of friends, they could see how I behaved: if I was friendly, smiling, fun, … And yes! I’ve already told you 🙂
And above all to see the result by viewing the photos on the private web gallery!
They were thrilled, so they wished I was the photographer of their wedding!

So I started the photo shoot by Eva who was getting ready at her mom‘s house.
His mother, sister and witness were present to help her prepare and relax before the ceremony.
A make-up artist/hairdresser took care of the bride: Eva wanted a discreet make-up and a hairstyle simple enough to go with her dress.
As soon as the make-up and hairstyle were done, his sister and her witness were able to help her (symbolically) to get dressed: and yes as you can see the dress was simple to put on (but it makes nice pictures anyway)

I joined Thomas in a house rented for the occasion which is located a few steps from the Château Sainte Roseline.
The best friends were present, they also stayed in the same house during the weekend, because they came almost all from Paris.
No make-up or hairstyle for men so we go directly to clothing.
Thomas’s preparation took place in a room with a very large bay window where natural light made it possible to make very beautiful pictures.

Château Sainte Roseline and its vineyards

The discovery of the bride and groom

There are as many ways to discover yourself in married clothes as there are brides and grooms.
And for the wedding, Eva and Thomas decided to see each other for the first time as soon as they arrived at the Château Sainte Roseline.

Thomas had to wait from behind in the olive field, and Eva got out of the car. Thomas turned around and they finally saw each other in the care of the bride and groom. I can tell you that there was emotion at that time!

The couple photo shoot of the bride and groom

In general, the couple photo shoot of the bride and groom is done after the religious ceremony and is done before the secular ceremony.
Here in this case, they had decided to do a secular ceremony and it is true that it is more convenient to take the couple photos before the ceremony.
In short, we took the pictures in the beautiful garden of Château Sainte Roseline with its French garden, its perfectly cut hedges, its period fountain, its historic façade, … a whole castle atmosphere all in Provence!

Seeing all the guests arrive and wait in front of the ceremony, I wanted to make a stolen photo by taking both the guests in the left part of the photo and the bride and groom in the right part.

The secular ceremony took place in what I call the “cloister” of the castle (it does not have one but rather a patio in its use), at least a really beautiful place!

Thomas and all the guests settled down and waited for Eva’s entrance with her dad.
The wait was something intense for Eva and her father where I could see how happy and eager she was to join her husband!

The music started, Eva and her dad were able to move slowly under the gaze of their guests.
The master of ceremonies’ speech was followed by speeches from family members and witnesses.
Tears of joy flowed over Eva’s joys and Thomas had his throat clenched (ah those men who don’t want to let go ^_^)

Eva and Thomas called on an acoustic music group to musically accompany the wine reception.
This added a touch of originality and lightness. Personally I loved it (I’m a guitarist in my spare time).

Of course we did the group photos and being very careful to have fun too … and yes group photos can also be fun!

The throw of the bouquet

What would a wedding be without the famous bouquet throw! This floral composition so desired by single women and eager to formalize their union by marrying the following year! Ev
a threw the bouquet in the air and the battle was tough to appropriate the famous grail! A
lucky woman managed to get the bouquet after a tough battle and the bouquet was given to her.

And yes a few small workshops to have good memories!

The meal took place in the room which is dedicated with a magnificent view of the cellar and the huge barrels of wine (remember this is a castle in the Var, so a castle producing wine).

The dishes followed the animations and vice versa and the atmosphere began to settle.

And yes one does not go without the other, Eva and Thomas have therefore opened the ball with a tender dance that has given way to joy and devilish rhythms.

Half an hour later the wedding cake accompanied by various cupcakes was made its entrance and were served to the delight of all the guests.

Here’s my story is over and I came home happy and thinking about the different moments of this day full of emotions.

Eva and Thomas wanted me to provide them with the photos on a USB stick placed in a beautiful box. They were able to put together their own photo album. 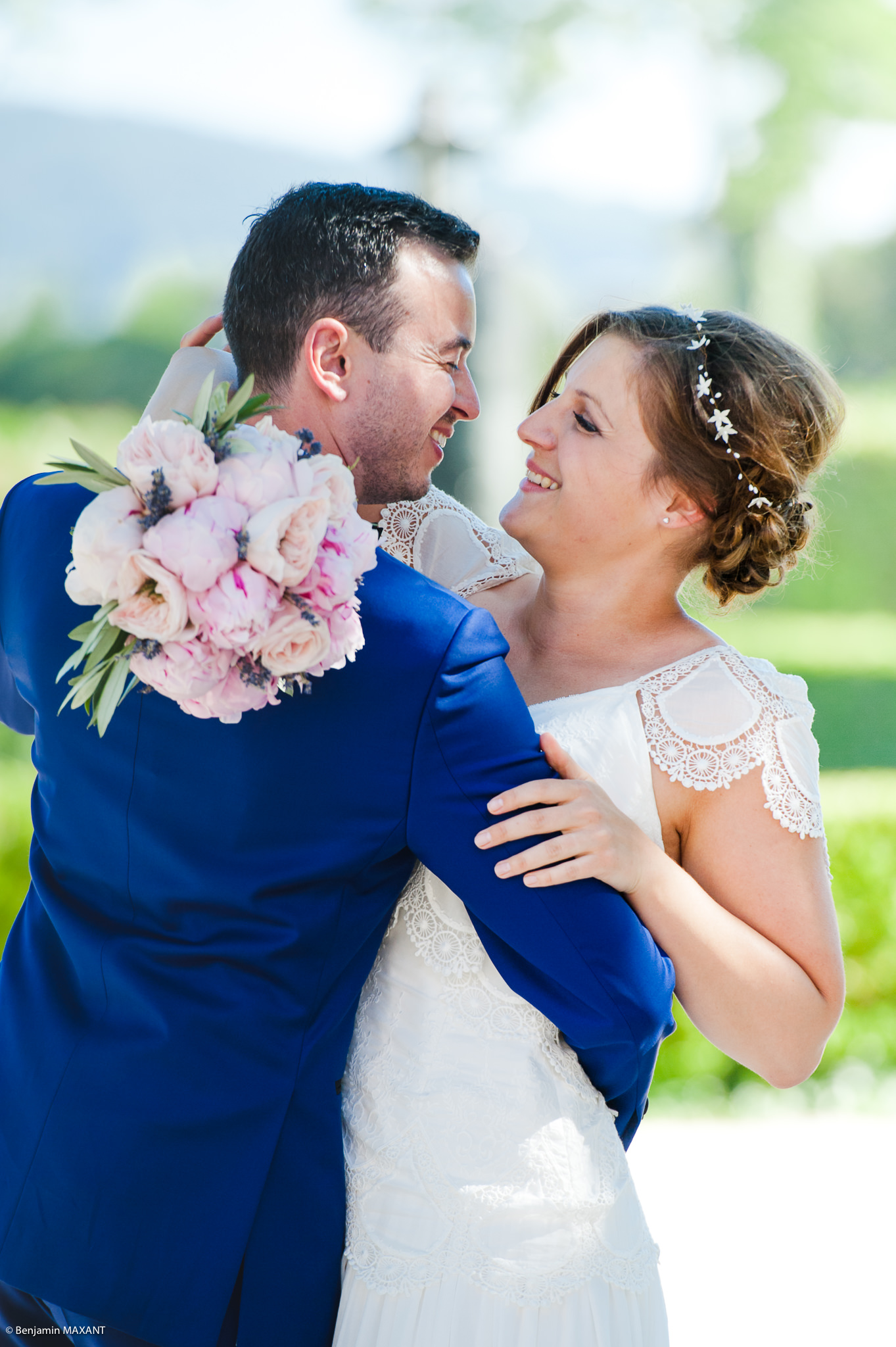 Eva and Thomas, two young lovers who lives in Paris, decided to celebrate their love and make their wedding in...
Read More 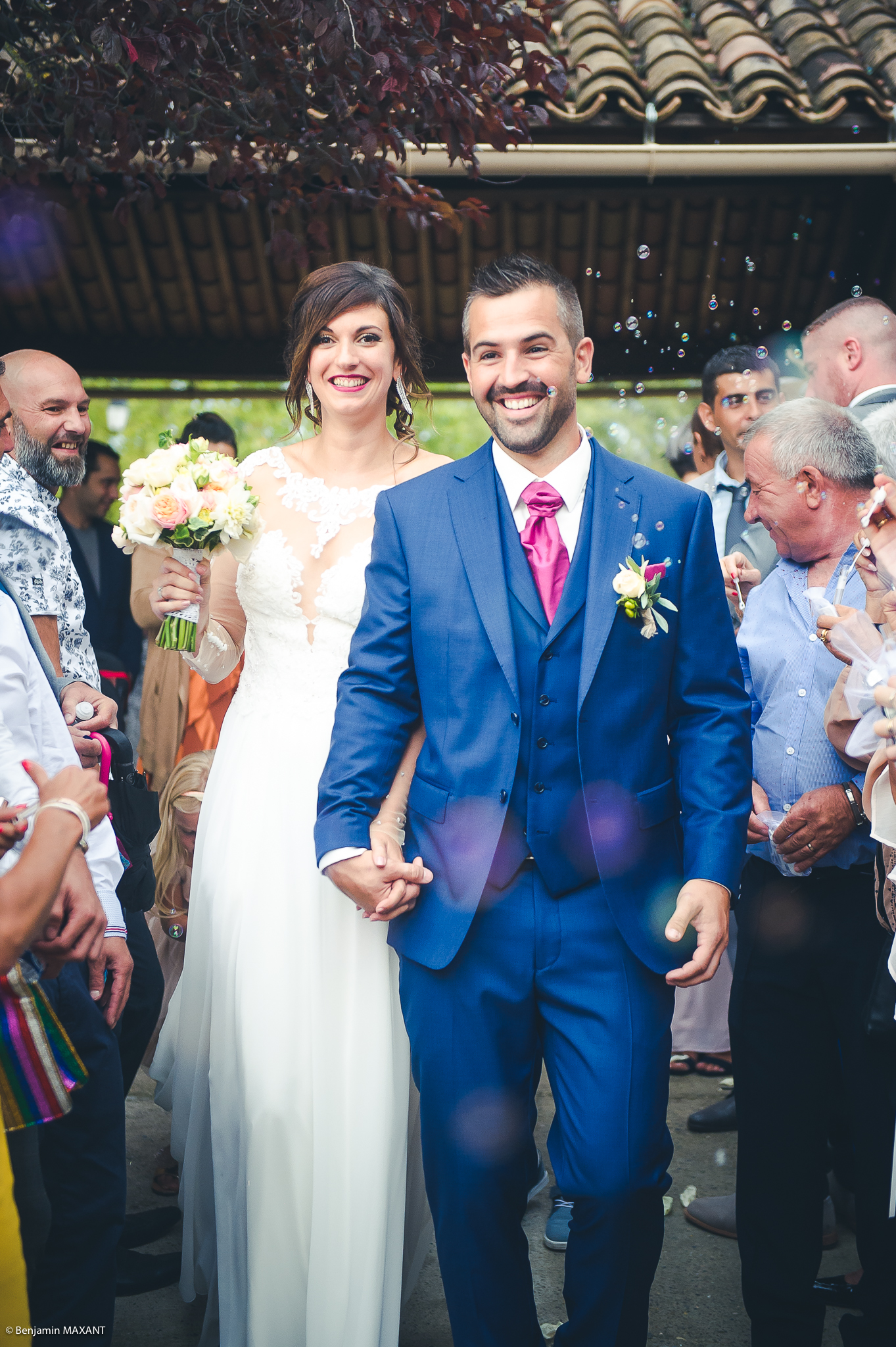 Installed as a Photographer and Wedding Photographer since 2018 in the Alps of Haute Provence (04), wedding photography is among...
Read More 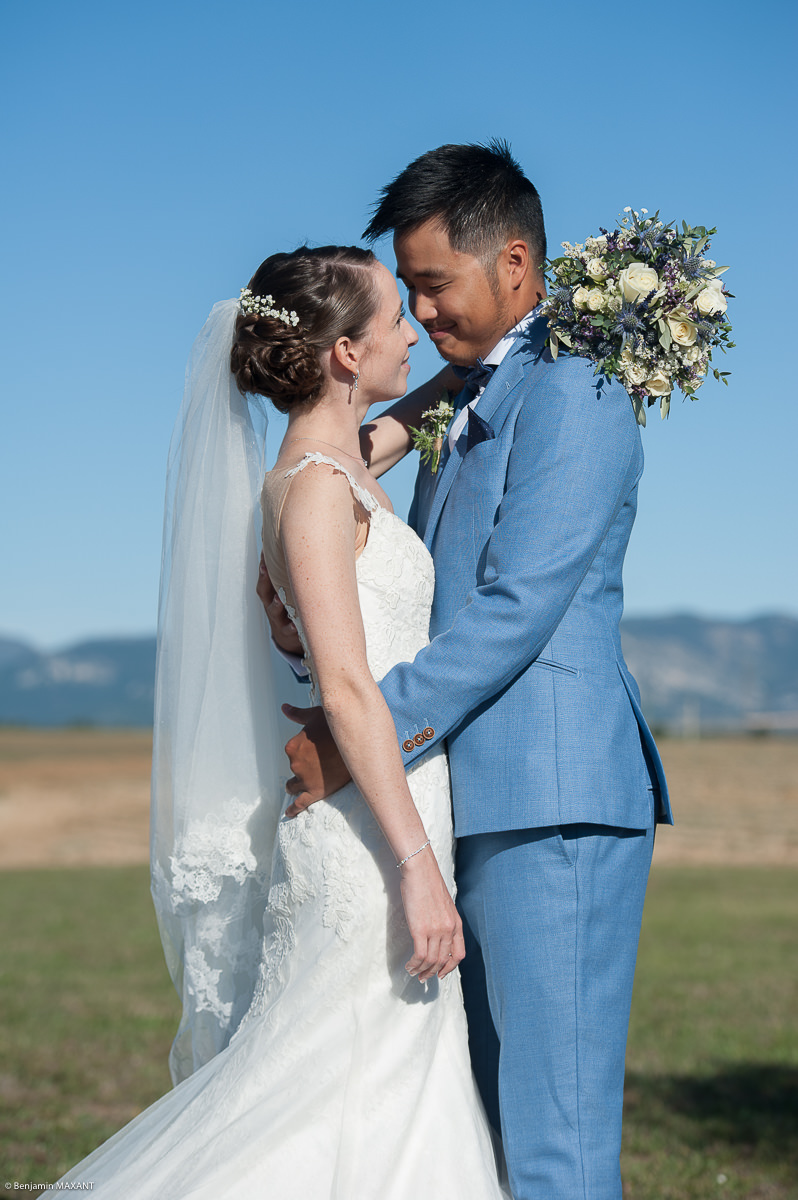 Christelle and Philippe said YES in 2019 but before that they had to choose their provider and especially the one...
Read More

This young couple of lovebirds was looking for a wedding photographer and contacted me during 2018 for their wedding which...
Read More